Thomas Longman bought the bookselling and publishing business in London’s Paternoster Row. Longman was founded to become the oldest commercial publisher in the United Kingdom.

Longman office opened in Hong Kong and was to become the company's largest production centre in Asia to supply books to countries in the region. 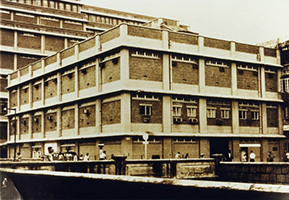 Welcome to English, a textbook series for primary students, launched with huge success to become the market leader. The series was adapted for five other countries. 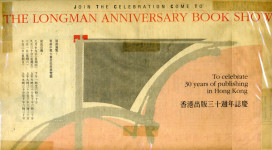 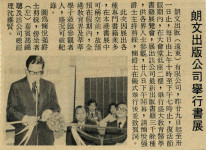 Addison Wesley Longman formed by the merger of Addison-Wesley and Longman to become the world's largest English Language Teaching publisher.

Pearson Longman was the first educational publisher in Hong Kong to launch a company website.

Pearson Education, the world's largest educational publisher, was formed from the merger of Addison Wesley Longman and Simon & Schuster's education, business, reference and professional businesses. Pearson Education employed over 10,000 people and published more than 40,000 educational texts and programmes in 18 languages in 40 countries.

We were at the very forefront of IT in the industry with the formation of Electronic Publishing Department. We published multimedia course components to cater for the increasing demand for IT education in Hong Kong. 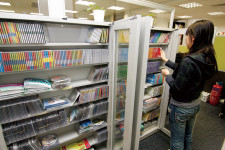 Longman continued to exist as an imprint of Pearson. Its first pre-school English coursebook series gained popularity among nurseries and kindergartens in Hong Kong. 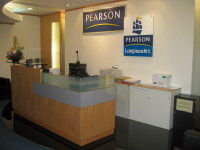 We were the first educational publisher in Hong Kong to launch the companion websites to provide teachers and students with online support materials to accompany their coursebook series. 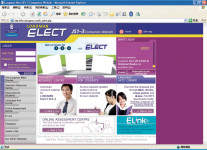 Pearson Education Asia, headquartered in Hong Kong, was formed with offices in Singapore, Malaysia, Thailand, and the Philippines joining.

Pearson was the first company in Hong Kong to provide on-site educational services to cater for the needs of schools and teachers. 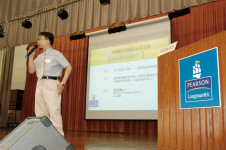 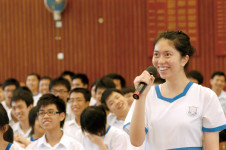 The Education Solutions team was formed for the delivery of customised educational content and services tailored to individual school's specific needs.

Launch of a series of learning apps tailored for the local primary curriculum for subjects like Chinese, English, Mathematics, General Studies, Putonghua, and Music.

Global Scale of English (GSE) unveiled. It is the first truly global English language standard to enable teachers to more accurately and easily measure learner progress with the more granular nature of the scale.

Launch of the Pearson iLesson app to cater for interactive lessons, for use pre-class, in-class and after-class. Teachers can now monitor students' progress online. 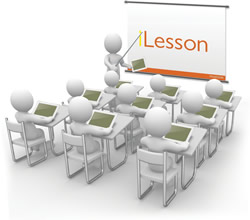 The 4th generation Student’s e-Textbook was launched with auto-marking exercises and instant feedback to cater for self-directed study whilst allowing teachers to monitor students’ performance in real time. 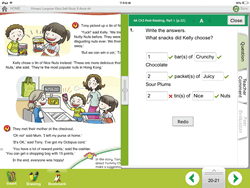 Launch of STEM one-stop solutions for teachers to access a wealth of resources prepared by STEM professionals from around the world.

Launch of Longman Plus, our one-stop, cross-platform portal to support teaching and learning with a range of practice, assessment and other supporting materials. Access to the resources is now available anywhere and anytime.

Diagnostics, with follow-up support for students to improve their performance, first incorporated into online practice materials for the subject of Mathematics.

Use of diagnostics extended to courseware for other key school subjects.

Rollout of online classrooms and other online teaching content to support teachers and students during the pandemic. It was done through the use of Zoom, Nearpod, Kahoot, Google Forms, Teams, etc. More explanatory videos were also prepared to cater for self-directed learning.

Pearson made FORTUNE magazine's Change the World list 2020. It is to acknowledge companies like Pearson who have made a positive social impact through activities that are part of their core business strategy.

Pearson English Academies open to Hong Kong users for free. This is a repository of extra practice, fresh ideas and variety, games, projects and extension materials to any pre-school, primary or secondary course.